RBA KEEPS RATES ON HOLD AT 1.5 PER CENT

Home News RBA KEEPS RATES ON HOLD AT 1.5 PER CENT 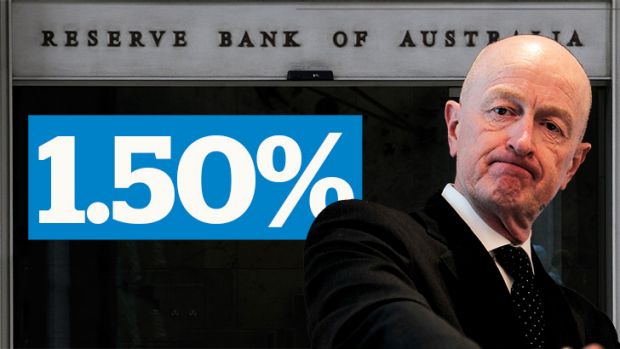 RBA KEEPS RATES ON HOLD AT 1.5 PER CENT

The Reserve Bank of Australia doesn’t seem like it’s in a rush as its Board left interest rates steady at record low 1.5 per cent at the conclusion of its February monetary policy meeting.

The decision was widely anticipated by financial markets.

“The low level of interest rates is continuing to support the Australian economy,” RBA governor Philip Lowe said in a statement.

“Taking account of the available information, the Board judged that holding the stance of monetary policy unchanged at this meeting would be consistent with sustainable growth in the economy and achieving the inflation target over time.”

However, during its first meeting of the year, the bank cited continuing concerns about weak household consumption, with household incomes growing slowly and high debt levels.

Rates have been at 1.5 per cent since 2016 when the RBA cut them down a notch to the current “emergency setting”.

Lowe’s statement didn’t touch the sudden slump on financial markets. Instead, the governor highlighted the positives such as the advancement of the global economy in 2017. As economies pick up, unemployment rates have declined.

“The Chinese economy continues to grow solidly, with the authorities paying increased attention to the risks in the financial sector and the sustainability of growth,” Mr Lowe said.

Inflation is likely to remain low for some time, reflecting low growth in labour costs and strong competition in retailing. A gradual pick-up in inflation is, however, expected as the economy strengthens.

Further in his statement, Lowe mentioned how nationwide measures of housing prices have changed over the last six months, with prices dipping in some areas. Tighter credit standards have also been helpful in containing the build-up of risk in household balance sheets.

The statement released in February elicit very little reaction in the markets, underscoring how the commentary on the recent decision was the same to the one released two months ago.

Rate rises look like they’re coming, just not for some time yet.