WHAT’S NEXT FOR THE AUSSIE PROPERTY MARKET IN 2019 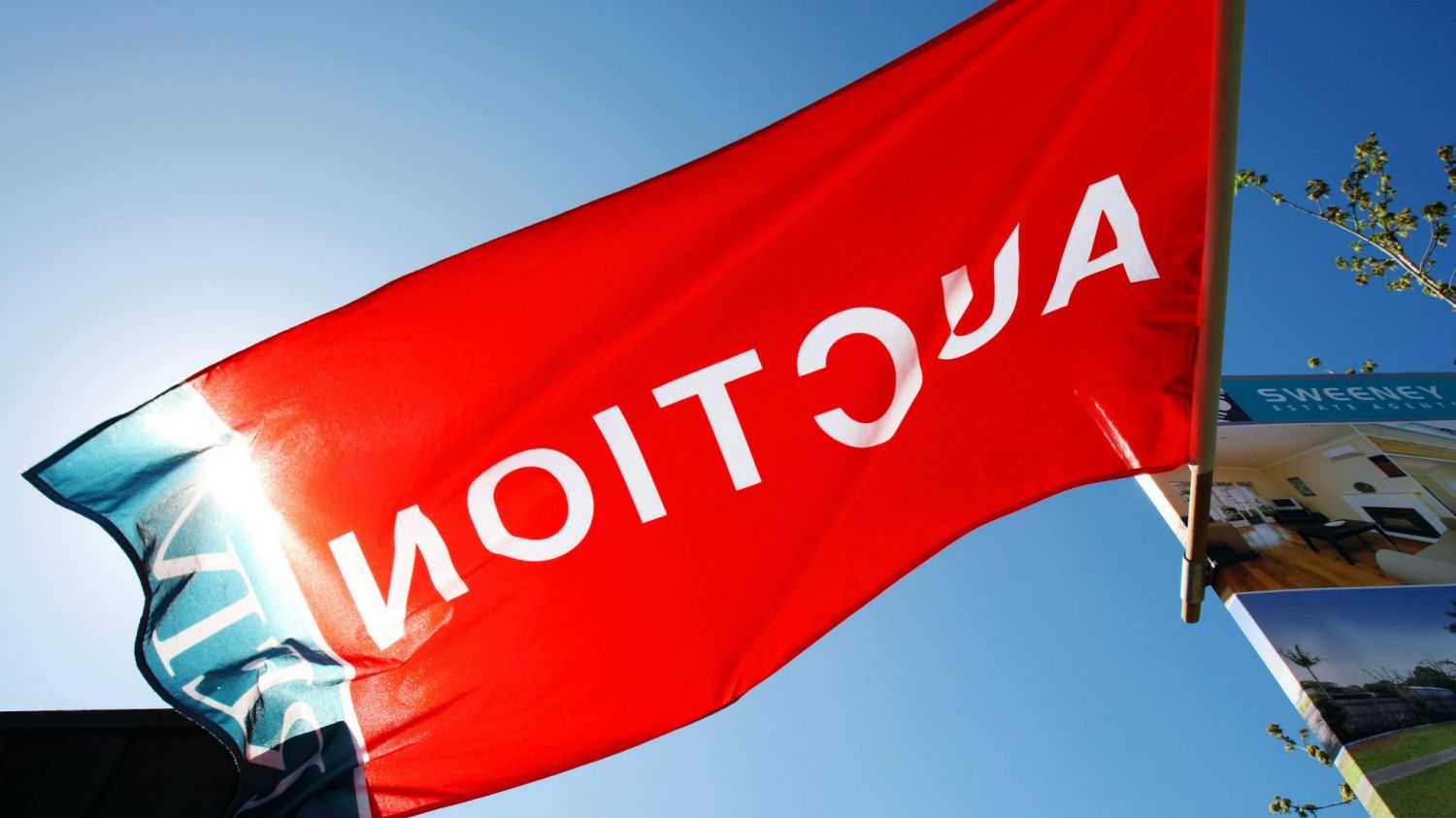 WHAT’S NEXT FOR THE AUSSIE PROPERTY MARKET IN 2019

Australian house prices are expected to modestly increase higher this year and will double in 2019, as predicted by ANZ economists, who share right away that price falls are no longer an issue.

House prices in Australia gained 0.8 per cent increase compared to the prices 12 months ago. However, ANZ is optimistic that the slowdown will improve instead this year.

It is now forecasted that there will be an 1.8 per cent  total growth across the country, picking up to 3.6 per cent growth in 2019, with top suburbs such as Melbourne and Hobart expected to dominate the property market.

“We think most of the slowdown has already occured,” ANZ senior economists Daniel Gradwell and Joanne Masters wrote.

The main drivers for the price growth includes a strong labour market and rising household incomes.

Here are three predictions that show what’s next for the Australian property market:

House Prices will Bounce Back in 2019

The lack of higher interest rates this year will sustain the national house prices, according to ANZ, with the bank’s economists forecasting stronger national property prices into 2019.

Once again, Melbourne is expected to continue to outperform Sydney, while Brisbane is thought to see uninterrupted growth next year. There’s also a forecast that Hobart is going to push higher and both Perth and Darwin are believed to pop back into positive annual growth territory in 2019. 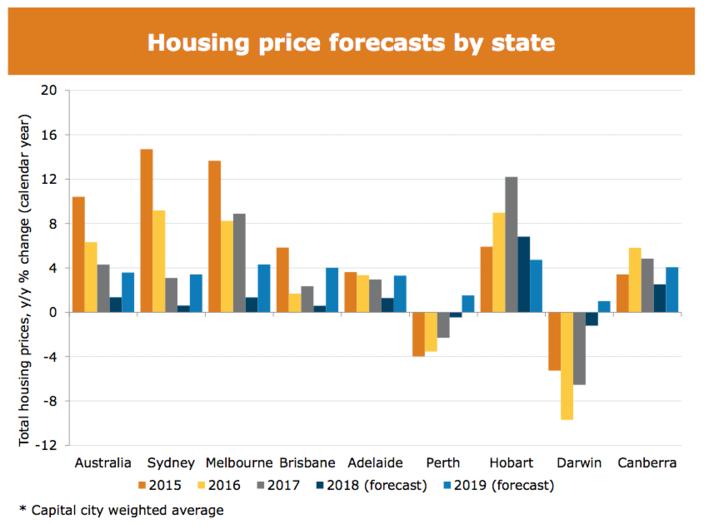 First-Home Buyers Will Dominate the Market 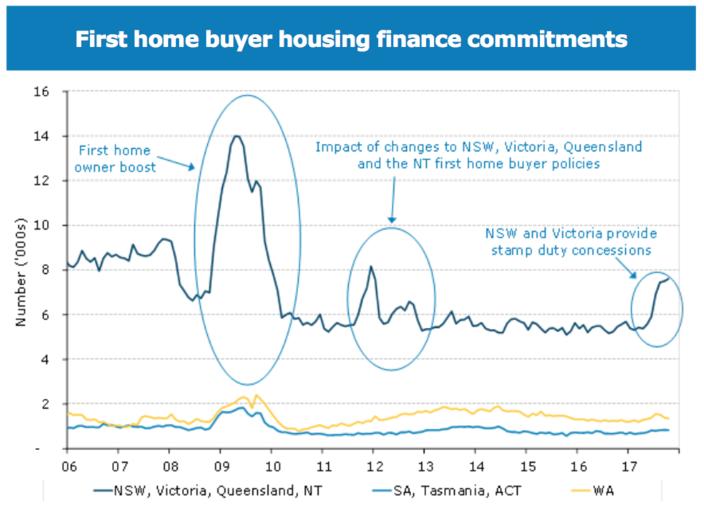 Strong Growth in the Lower-end of the Market 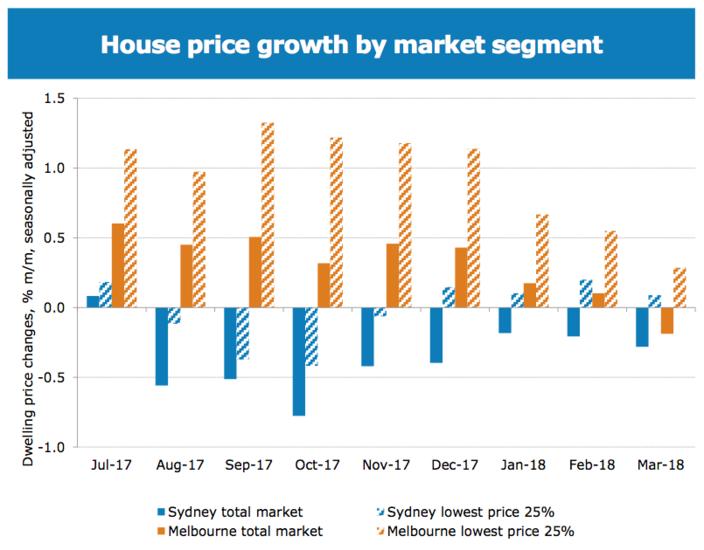 Despite ANZ’s positive outlook for next year, the main risk to it is that the RBA might boost up its rates sooner than expected, putting heavily indebted household in jeopardy.

“Indeed, we do not expect the RBA to hike rates until 2019, and then by only 50 bp (basis points) in the year which is unlikely to hit affordability in a material way. Moreover, most households continue to hold a solid buffer.”