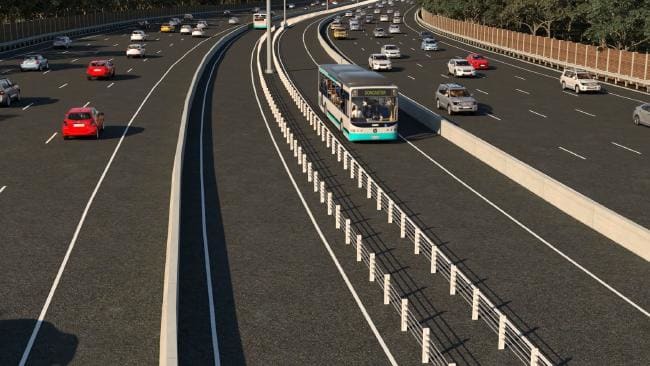 It seems the Turnbull government heard Victoria’s prolonged complaints about its road congestion as the state is gifted a hefty portion of the federal budget to spend on new roads and rail projects.

A $7.8 billion share of the federal infrastructure funding for Victoria includes $5 billion for heavy rail to Melbourne Airport, $1.75 billion for the North East Link road, and $475 million for a rail link between Monash University’s Caulfield and Clayton campuses.

It is by far the biggest infrastructure investment in the 2018/19 national budget, with specific funding arrangements to be settled at a later date.

The federal government is expecting to get its back, rather than giving the state an upfront subsidy.

“The Victorians were saying … we hadn’t committed enough money there in the past and they were pointing to big projects like the Western Sydney Airport,” Prime Minister Malcolm Turnbull said.

“So sometimes the timing can be an issue but right across the country now there is a massive amount of infrastructure underway.”

Premier Daniel Andrews said he was thankful for the funds during a phone conversation with Mr Turnbull.

“We’ve run a strong campaign to get a fairer share for Victoria. That campaign has worked,” the premier told reporters.

The airport rail line, subject to a business case due in September, and the North East link were the two items on Victoria’s federal budget wish list.

“We’re making sure that we are making investments that will help respond to and attack congestion,” federal Urban Infrastructure Minister Paul Fletcher told ABC radio on Monday.

Canberra says it will still contribute $3 billion for the East West Link, a road the state government ditched when it came to power and which the opposition says it will build if it wins November’s state election.

WHAT’S IN THE BUDGET FOR VICTORIA:

* $475 million for planning and pre-construction work of Monash rail

* $132 million to complete Princes Hwy duplication from Traralgon to Sale