THE MELBOURNE SUBURBS SET TO BENEFIT FROM THE METRO TUNNEL 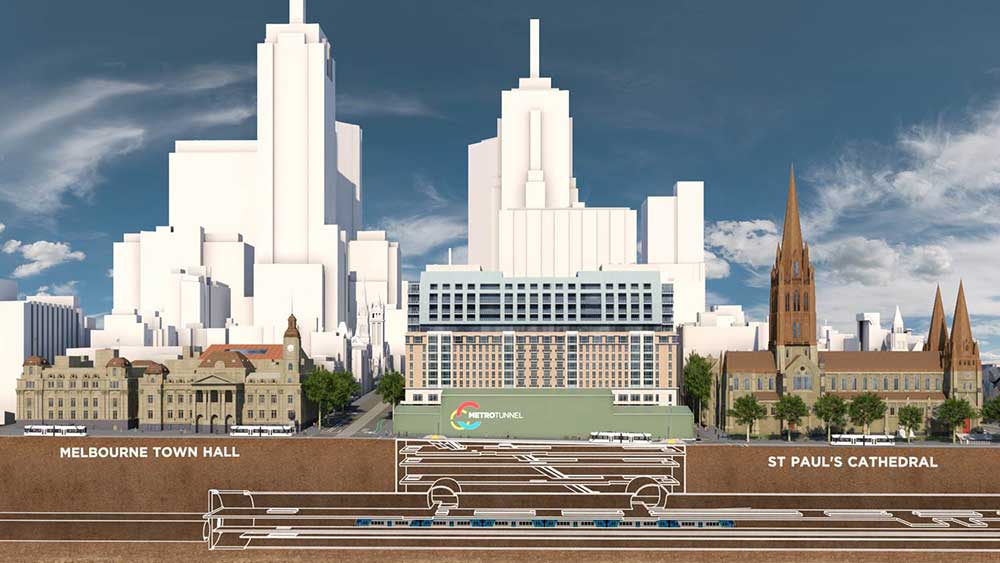 THE MELBOURNE SUBURBS SET TO BENEFIT FROM THE METRO TUNNEL

Melbourne, being one of the most liveable cities in the world, is a thriving city with a skyrocketing population. The effects of these developments are mostly felt on the daily commune of Melburnians, who are very much familiar with the city’s tram delays and peak-hour traffic. These inconveniences made us savvy commuters, whose way of life includes regularly navigating hook turns, busy bike lanes and road works with great mastery.

We are simply used to all the construction and development that are happening around us. Infrastructures are popping up everywhere with people waving the lollipop “STOP” signs every five minutes or so to resume work on a construction.

The most-awaited Metro Tunnel is set to transform our booming city and hopefully will decongest our overcrowded roads and the City Loop during peak hour. The Metro Tunnel is Melbourne’s largest rail infrastructure project since the City Loop was constructed in the 70’s. It’s expected to be completed in 2025 and will include twin rail lines connecting South Kensington and South Yarra train stations, as well as five new underground stations at North Melbourne, Parkville, the State Library, Town Hall and St Kilda Road.

Despite construction woes, several Melbourne suburbs are likely to see big benefits from the said project.

The Metro Tunnel project will include a train station at Arden Street in North Melbourne.

“The project is going to have a massive positive impact on what used to be classed as the back-end of North Melbourne, that pocket near West Melbourne,” says Jellis Craig agent Trevor Gange.

He says the station will attract more people and businesses to the area, giving use to hectares of industrial land. Woolworths, for example, just opened a supermarket a short walk away from where the new station will be.

“It does give North Melbourne, West Melbourne and Kensington the ability to catch up in terms of values to some of the other blue-chip suburbs around them, like Parkville, Carlton and Fitzroy,” says Gange.

With the regular scurry of office workers and apartment-dwellers, St Kilda Road has gained the moniker as the world’s busiest tram corridor. The upcoming Anzac station, which will be near the section of Albert and Domain roads, will ease congestion on the trams and link the surrounding parklands through a large underground pavilion.

David Shen, the director of developer Wuzhong International, says the residents of the forthcoming Bowen & Queens project will be drawn to the area’s location and improved public transport.

“Often easy access to public transport is cited as a strong driver in property appreciation, so in time residents will also benefit from it.”

Bowen & Queens, a 19-storey residential building near the intersection of St Kilda and Domain roads, will comprise 214 apartments designed with feng shui principles in mind. It is near some of Melbourne’s most-loved parks, including the Royal Botanic Gardens and Fawkner Park, and offers views over Albert Park Lake, Port Phillip Bay and the city.

“The buyers we have seen so far are mostly local owner-occupiers who understand and love the area,” Shen says. “The residents are more than likely to be people who enjoy natural park surroundings and still want a convenient location that has easy access to the city.”

Those living in the middle and outer-ring suburbs of Melbourne’s southeast can travel straight to work in Parkville or on St Kilda Road without having to hop on a tram or bus in the CBD once the Metro Tunnel project is completed.

An outer-ring, south-eastern suburb like Cranbourne will start to appeal even more to residents and buyers who plan on travelling to the city for work, says Staughton.

“It will be a nicer way to come into the city from the south-eastern suburbs,” he says. “You can even get off at Anzac station, walk through the Botanic Gardens and into the city.”